Ugh. How's that for a blog title?

I ended up in the ER and then the hospital waiting for a partial bowel blockage to clear. How did this happen? Well, it wasn't overnight.

Several years ago I had regular occurrences of stomach cramps. Sometimes I'd just have cramps, sometimes vomiting, sometimes diarrhea, but it would always clear within a few hours. This would happen every couple of months and I never could pinpoint an exact cause although I often wondered if it was due to to much fiber - a big salad, a huge serving of fibrous veggies, something like that.

Then, I was on the Trim Healthy Mama diet for about 2 1/2 years and had no issues whatsoever. I did drink a lot of smoothies and ate a lot of soup on that diet so not sure if that helped keep things clear? Maybe it was due to reduced gut inflammation?

The other thing I think is interesting is that I've never, ever, had any issue when on vacation or during the holidays - times when my diet is way out of the norm. Very confusing and hard to pinpoint an exact culprit.

Anyway, I came off that diet at the beginning of 2022 due mainly to a severe lack of energy and weight gain. I found that the calories were really low and that I was probably not eating enough. I started seeing a new doctor in September and he put me on a 3-week cleanse. The cleanse was going great and I felt better that I had in years!

About 3 weeks in I woke up at 1am with cramping. The cramping and vomiting continued all day until about 5pm when I finally relented and had Ben take me to the ER.

My time in the ER and hospital was really as good of an experience as one could ask for. Everyone was wonderful and caring. I didn't have to wait at all to get into a room. I was able to get pain relief pretty quickly. The nurse who placed the NG tube was an expert. Really everything went great.

When the doctor broke the news that I had a partial blockage and would have to be tubed and admitted until after it cleared, I was shocked. He could only speculate as to why it happened and suspected scar tissue from when I had cysts removed from my bowels and ovaries when I was a baby. They couldn't see anything on the scans.

I ended up needing meds all night long, but felt better in the morning. My system started working again and everything began moving along. I only had to stay two nights.

No one is certain why this happened. Gut health is the priority of the doctor I'm seeing so I'm sticking with that for now and if I have issues again I'll go see a specialist. I'm trying to stay hydrated and taking more care to get a good serving of veggies at every meal. That's about all I can do at this point!

My guys were great and took good care of me! 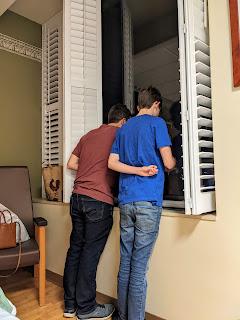 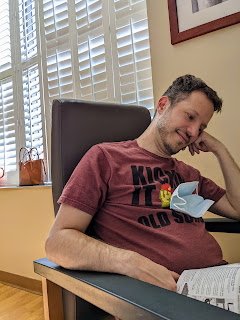