We started off our day at Badwater. While this salt flat wasn't as pretty as the flat outside of Salt Lake City, we still considered it a must-see. At 282 ft below sea level, this is the lowest place in the US which is kinda cool. 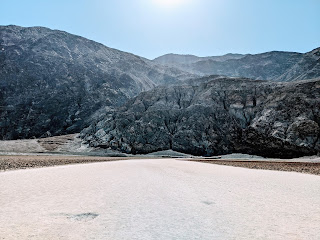 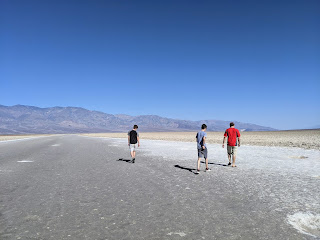 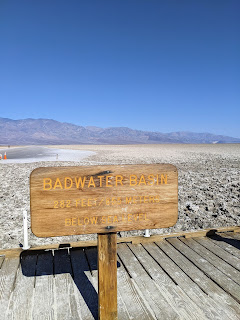 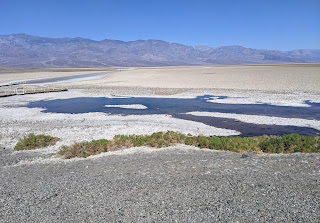 After a half hour walking the flat, we hopped back on the main road and headed back north. Artist's Drive is on the way so we decided to drive that up. I'm so glad that we did because it was so memorable and rewarding. 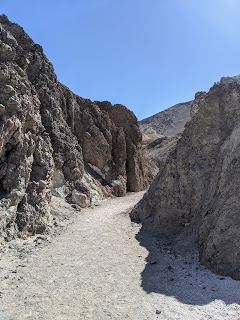 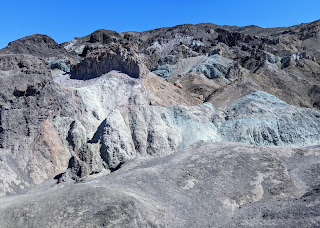 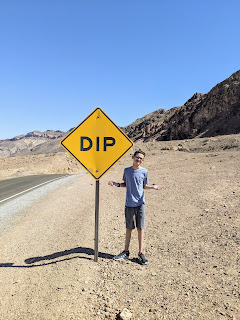 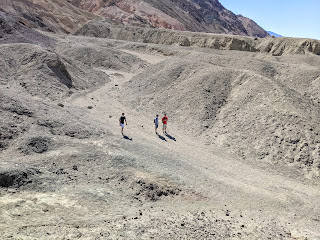 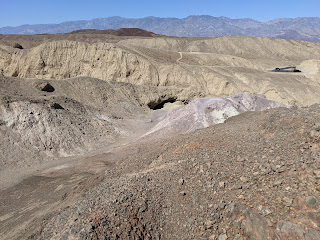 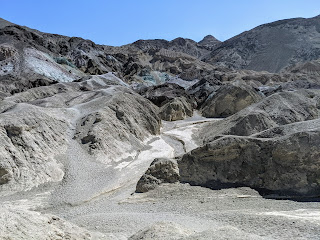 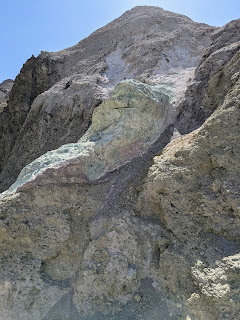 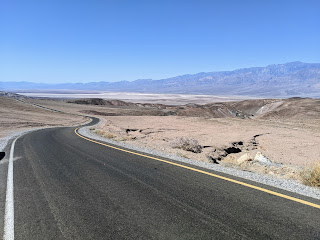 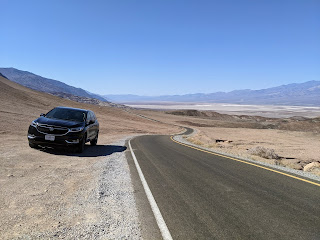 The road was very curvy and had lots of dips and narrow spots. We felt alone out there for most of the ride. The exception was when we got to the lookout. There was another visitor and he encouraged us to walk around a bit and take in all of the pretty colors. We did as he suggested and we weren't disappointed. There were an amazing amount of various colors to be found in the rocks and dirt. We saw green, blue, pink, red, and purple.
Once back at the hotel grounds, we decided to look around the Borax Museum. The building was closed, but there was a lot of equipment strewn around the back so we wandered around reading about mining that used to occur in the area. 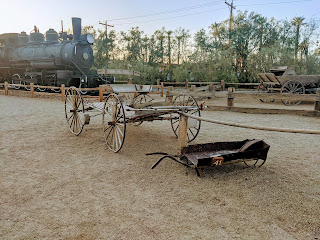 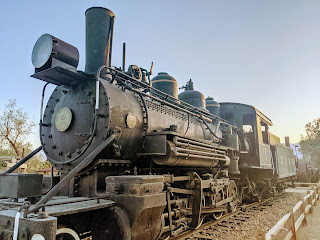 The heat was pretty intense at this point. 106 degrees. We ate lunch at the Badwater Saloon again and then took another dip in the pool. We decided a nap was in order at the point and pretty much stayed indoors the rest of the day. The heat had taken it out of us and we were down for the count.