Today we made it to Death Valley National Park! 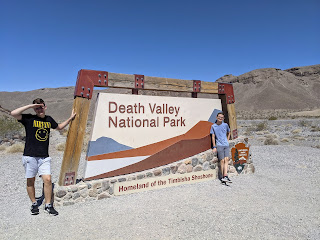 Our first stop inside the park was Zabriskie Point. We walked up a steep incline to take in the view and take pictures. 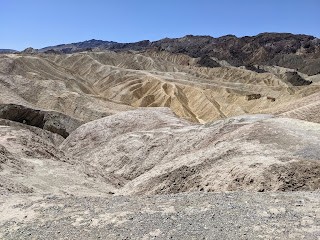 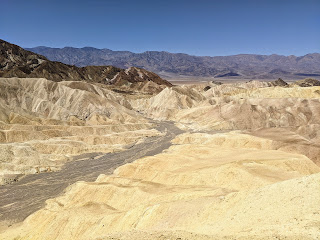 Next was lunch so we headed northwest through the park to Badwater Saloon. 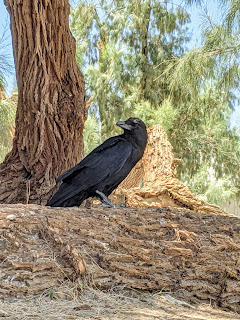 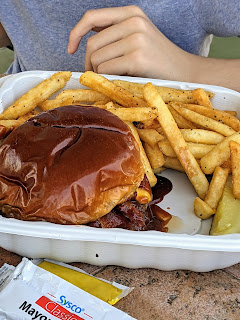 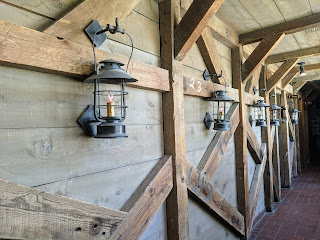 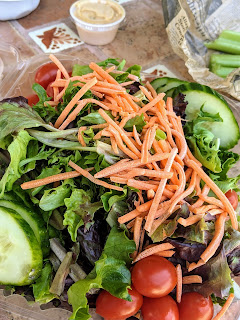 After lunch we decided a real hike was in order so we drove to Mosaic Canyon. The heat was already something fierce so we didn't go the whole way, but we really enjoyed what we did see. 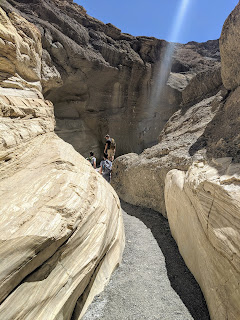 On our way back to the hotel we decided to check out the Mesquite Flats Sand Dunes. The sand was blistering hot so wearing flip flops was a bad idea, but I toughed it out.

After exploring for a bit we were ready to cool off. We headed to our room at The Ranch and took a quick nap. After resting up, the boys wanted to head to the pool. The hotel is in a spring-fed oasis so we were treated to some plants and animal life.


After the pool, the boys relaxed in the hotel room while Ben and I went to the little general store for dinner supplies. There's not much going on in the area so we decided on peanut butter, jelly, and bread. We rounded that out with some mandarin oranges we'd brought with us and lots and lots of water.
Even though we were tired, we were excited to get back out in the park for some stargazing. Ben specifically chose our travel dates so that we'd be in the park during a new moon for maximum star gazing. We drove out to Harmony Boraxworks, inflated our airbags, and sat out under the stars for a few hours. 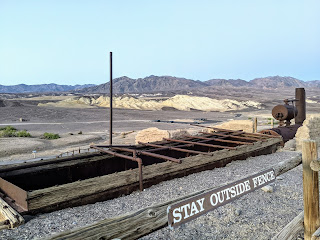 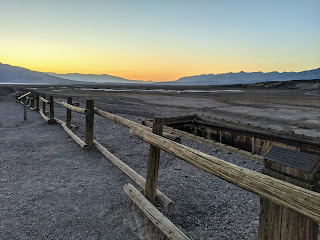 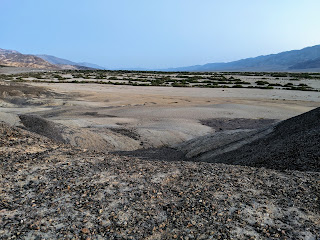 View from the top

Since we'd arrived before it was dark, we walked to the top of the look out point. Once there, we saw another little path that took us up higher so that we could see out over the entire area. It was so beautiful and peaceful. At one point Luke said "Listen to that!" We all went silent and realized that that is all that could be heard - silence. It was eerie. No wind. No birds. No people. No traffic. Silence.
If we'd known about that place and had walking sticks and good flashlights, we would have set up there to watch the stars. As it was we set up a few yards from the parking lot and it was a bit distracting to have people coming and going while we were trying to soak up the stars. 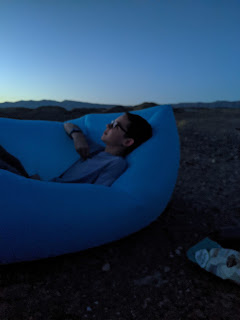 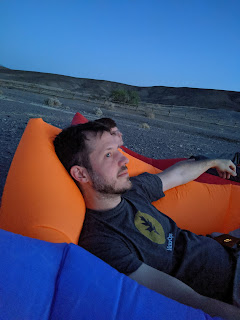 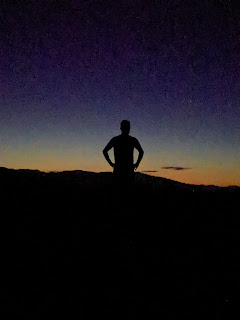 The stars were beautiful and I'd definitely do something like this again, but I'd love to find a place that's more remote. Maybe some place to camp after we're done. We all felt like we could have gone to sleep right there under the stars if we'd had just the right gear with us.