We had a full day planned, but a couple of our adventures ended up being too adventurous for us so we had to skip them. This is rugged country and though we were traveling in our SUV, it still wasn't tough enough for some of the things we wanted to do.

We drove South East to Kodachrome Basin. This state park had some very unique formations that reminded me a lot of Arches National Park.....without the arches. The boys though this park was hilarious. 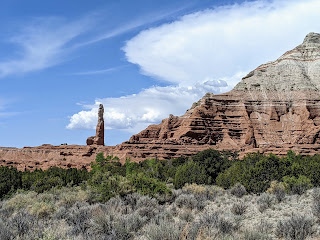 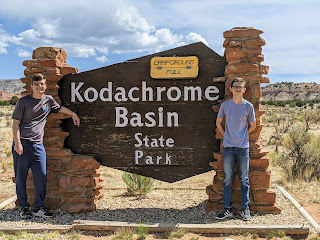 The Angel's Palace trail had great reviews so we started there. It did not disappoint. It was a fun hike with wonderful views at the end. 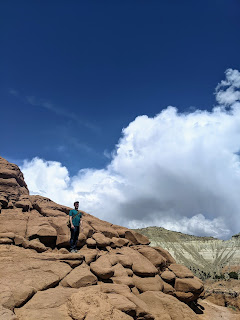 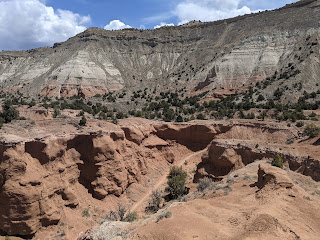 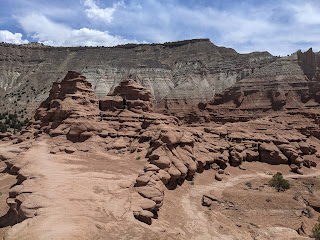 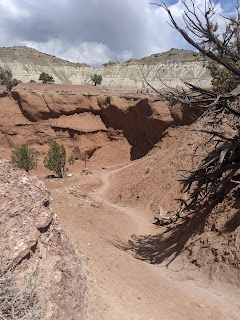 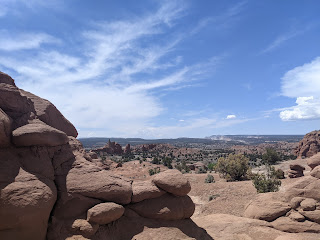 The next hike was along the Panorama Point trail. We hiked up to the Ballerina Spire and then turned back. The sun was out in full force and there was no cover so we decided to move on. 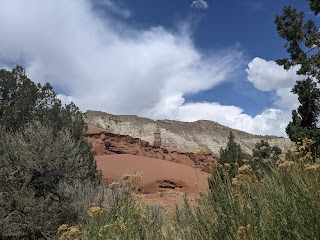 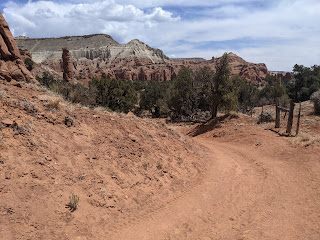 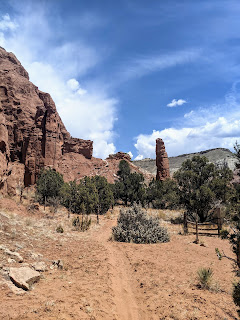 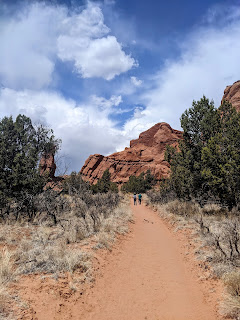 This is where our failed attempts came in. We were trying to see Grosvenor's Arch and the Peekaboo slot canyon, but the dirt roads to get out to them were impassible in our suv. We gave it our best shot, but had to turn around both times. Major disappointment.

Ben had read about a cave closer to where we were staying so we decided to go ahead and check that out. 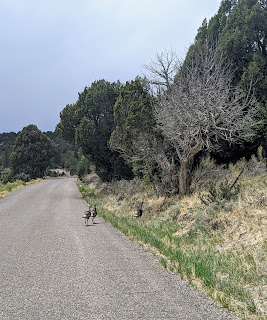 Mammoth Cave was an interesting experience in several ways. The road to get there was also rough. And not well marked and no ability to connect to the internet to figure out where we were. It took a lot of perseverance on Ben's part to get us there. I honestly wasn't sure if we'd make it and I kept hoping we weren't on someone's private land.

It was significantly cooler in this area. Between the higher elevation and pine trees, we were actually chilly and had to wear our jackets.

Ben and the boys strapped on their headlamps and we set out. 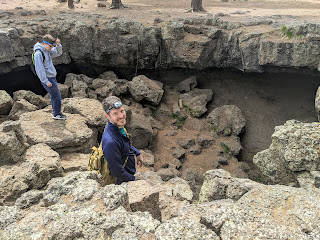 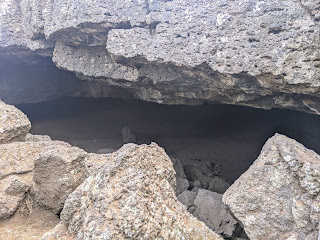 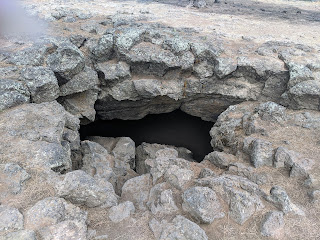 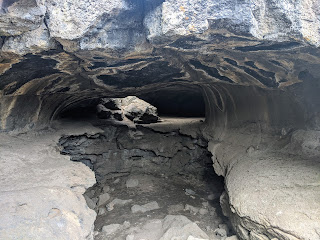 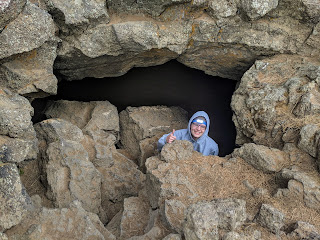 I don't like small spaces, but I did climb down into the main opening and snap a few pictures. Ben and the boys explored the whole thing. It's not very big at all so it maybe took them 20 minutes.

My time was spent admiring the birch trees. 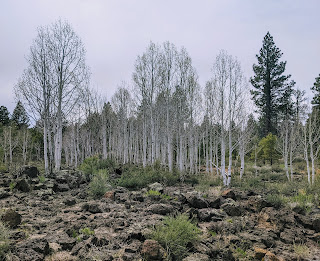 After they explored the cave, we tried to find another opening. They could see a shaft of light that they weren't able to access, so we know there was more to it, but we never did find it.

So after 30 minutes we had to brave the dirt road maze back to our airbnb. 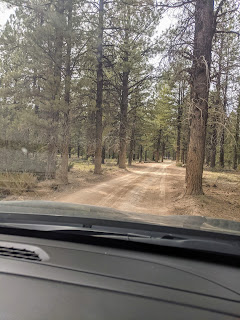 That was the extent of our day. A hefty dose of disappointment, but lots of good things, too. The cave was a unique experience in that it was completely unguided. The guys had never done that before!