We started off the day with church. Isla is a bit on the shy side, but my friend, Mandi, was teaching in her room and I knew they'd hit it off. The craft for the day was a kite which is the craft Isla did last at her home church so it made her feel right at home. Leia isn't shy in the least and was more than happy to play in the nursery. My cafe duties were covered so I was able to sit in service with Chels.

The rest of the day passed in a flurry of naps and snacks and blocks and Paw Patrol.  Today was a little warmer and nice than the previous days have been so the girls played outside a bit and we had our snacks out on the deck. 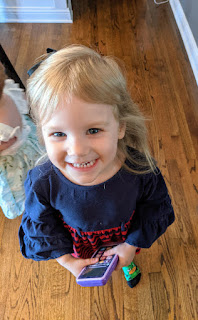 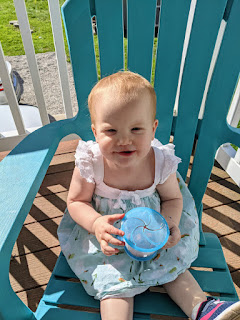 Oh, and in case anyone was worried or wondering, Girl Cat is living her best life. 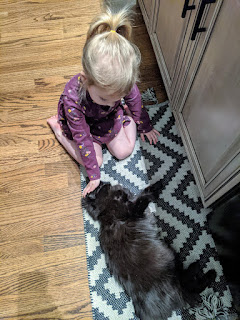 And the boys are still around here, too. They aren't used to spending time with little ones so they have to be prompted to play with them, but it's funny how they get sucked in. 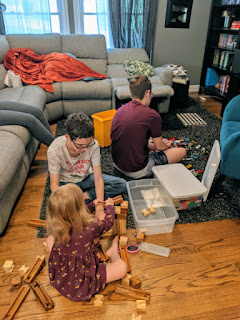