This book makes me mad.

I started it.....I don't even know how many months ago. I had to put it down because it just makes me so sad and angry at how much corruption there is in science. Even though it's not any easier to get through, I decided it was time to get it read and move on. 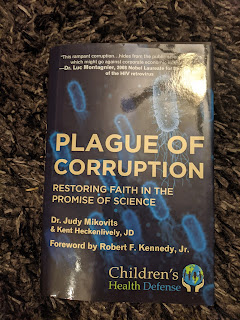 "But in this current dark age of science, both the revolutionary and the conservative are exiled. The revolutionary is shouted down for their new ideas, and when the conservative asks for the evidence to support an existing policy, they're told the issue has already been settled. Stop with the questions! In place of the revolutionaries and conservatives in science, we now have the liars, the mercenaries, and the cowards. Science can weather honest disagreements between researchers of integrity and intelligence, but it cannot survive this current plague of corruption."