It's Memorial Day weekend, but not much to report here. Luke had a really high fever so we stayed close to home all day Friday. His fever broke early Saturday so Ben and I worked outside and made a trip to Lowe's.

I've been planting, planting, planting this year. My friend, Peggy, has a ton of well established plants that she's constantly thinning and she's gracious enough to share her extras with me! In addition, I had my MODOC plants to get into the ground and then, well, there are always the rescues from the clearance section from Lowe's. So, yeah, lots of things going into the ground around here.

Ben's been wanting to tear apart out pillars out front for years now. We'd always dreamed of them being bulked up and wrapped in stone, but when the contractor did that, he didn't do a very good job. It looked nice from the road, but once you got up close you could see that the stones didn't fit together well and the metal wrapping was cut badly and very jagged.


I was not thrilled with him starting this project because he's already got a good many projects to be finished up, BUT, it turns out it was a good thing because there was some serious rot going on under all that pretty stone! It was awful!


He managed to get all of the posts stripped down and power washed the porch. We were originally thinking that he'd just rebuild them like before, but with better materials, but after we saw the extent of the damage, we realized that that stone was just never going to fit together right. Sooo, now he's going to trim them out on his own.

My peonies bloomed beautifully this year and I couldn't be happier. They're my all-time favorite flowers (calla lillies being a close second) and I was even able to bring one inside to enjoy. 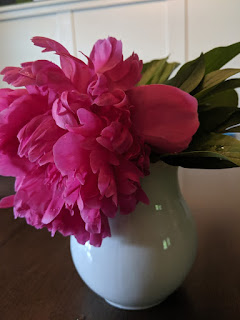 I made this World's Laziest Lasagna skillet from the THM cookbook and it was really good. 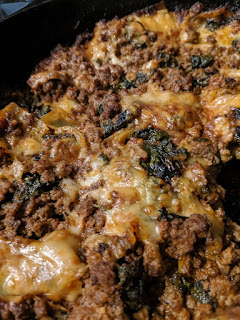 I also made their fish tacos which were on the bland side until I added the Chili Lime seasoning from Trader Joe's. YUM. I'll def. be making both again. They were big hits and provided plenty of leftovers!

My plant friend offered this sweet owl planter to me and I was so excited. How cute is this?!
I have a lot of neutral colors in the house so this little guy is awesome! 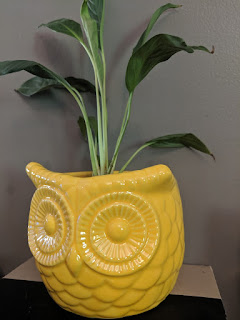 Tomorrow we're going on a family hike and then spending the afternoon with my brother and sister-in-law. We'll grill, play board games, and the boys will be playing with the VR.

The weather is starting to heat up so I have another couple of weeks of heavy-duty yard work and then I'll call it quits (aside from maintenance) until the weather cools down again. Once it slows down I'll post about what I've changed.