Today was a low-key day. We'd originally thought we'd visit Gatorland or Blue Springs State Park, but those plans fell through. No major reason. It just felt like we'd be going just to go and Gatorland is too pricey for that and the state park was an hour away.

So, instead, we drove to downtown Orlando. We were hoping to visit something we'd seen in passing, but it ended up being a museum that we'd have to pay for. Instead we parked and walked downtown for a while.

We found a coffee shop right off the bat so that made Ben's day! 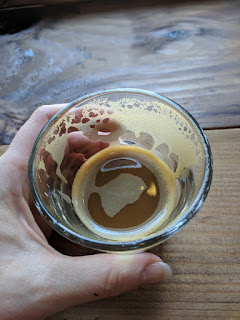 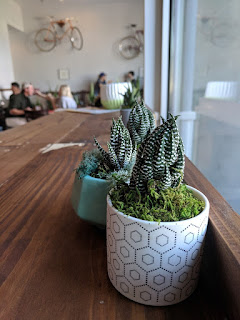 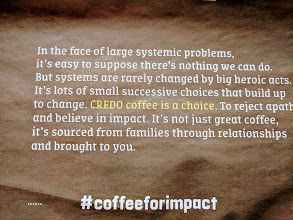 After browsing around, we headed back to the resort and suited up for some serious swimming. I dragged myself in with them and Gabe and I spent some time working on his swimming and floating. It wasn't crowded at all so we had plenty of room.

For dinner, we went to another vacation staple, Mellow Mushroom. This location happened to be music themed which I thought was really cool. 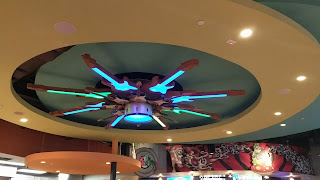 In the evening, we just went back to the resort and walked around for a bit. It was really pretty and had a lot of paved paths that make for a good stroll. 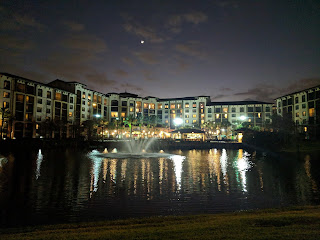 Our down day ended up being a good break in between busy days. Which is good because it's hard to really enjoy theme parks when you're going back to back to back. Been there, done that!