Our long Winter break is coming to an end and I'm having mixed feelings about it!

Part of me is ready to get back to routine, but the other part is frustrated that I didn't get to accomplish nearly as much as I wanted due to illness. Ah, such is life.

I worked on the scrapbook some more and Gabe and I enjoyed a long game of Suspend. So fun! I beat him, but only barely! 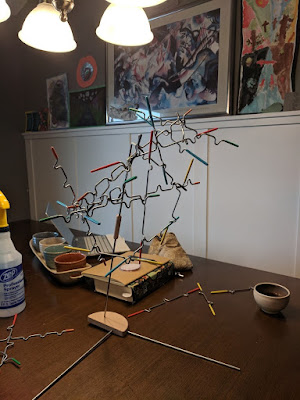 We finished the evening by watching part of the newly released Series of Unfortunate Events and introducing Luke to The Office. He's been begging to watch it and I guess he's finally old enough which blows my mind!