Gabe finished the Life of Fred Math Series so I had him start on the Financial Choices book. He said it isn't his favorite, but he's also talked about some of the principles he's learned so I believe it's making an impact. When he's finished with this I'll move him to Saxon. 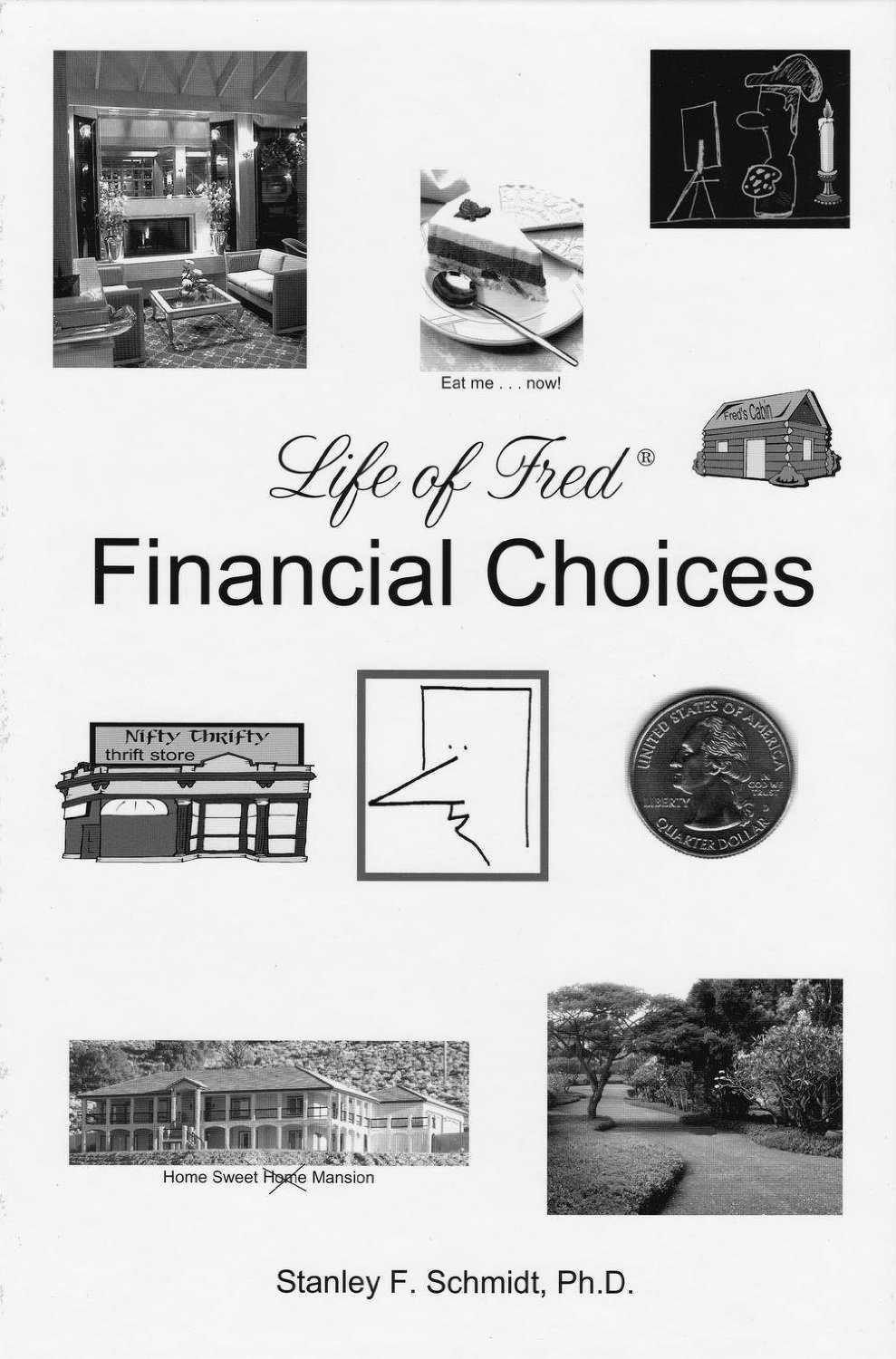 We started a new school schedule. We now do school from 10-1. The boys finish their bookwork so quickly that I felt like we were kind of missing out. I don't think that kids need to be stuck sitting at a desk (or table in our case) for 7 hours a day, but they need more time then we've been dedicating here lately. So they do their bookwork in about 45 minutes and then we do history/Bible together. The rest of the time is spent playing educational games or doing hands-on activities.

Today, for example, we put together a large puzzle that depicted all of the presidents. Then we played with some math manipulatives. We finished off by going through a stack of landmark flash cards. Then the boys did their Spanish lesson. Luke then had music so we called it a day.

I can't recall if I've posted about this before, but this is the book Luke is currently reading for Language Arts. We're borrowing it from the library. It's pretty easy as far as LA is concerned, but Luke really enjoys reading it every day. Never a single complaint. The Life of Fred series really impressed upon me how much kids can learn when we they are enjoying themselves.  When he's done with this we'll move onto another Total Language Plus booklet.

I'm seriously considering joining a second co-op in February. I just can't decide. It's about 30 minutes away. It sounds like this other co-op has more classes available. It would be really, really nice for the boys to take an art class. I can do crafty things with them and I can teach them art history, but the hands-on stuff is more difficult for me. So we'll see.

Either way, we've been plugging along and despite our late start I feel like we're finally getting somewhere in our books and we're racking up the hours. It always makes me feel accomplished when I see it all come together!
Labels: Homeschooling