I really enjoyed Downton Abbey. I love history and I was thrilled with the way DA showed what happened both upstairs and down. Needless to say, I was bummed when it ended - although I applaud them for not making the fatal mistake of running the series on too long and destroying it. It ended just when it should have.

Hulu was nice enough to recommend the family friendly series Lark Rise to Candleford. It took me a while to finally bite, but once I did I was so happy. Instead of the gentry, this series revolves around the lives of the hamlet folks of Lark Rise and their neighboring middle class townfolk in Candleford. 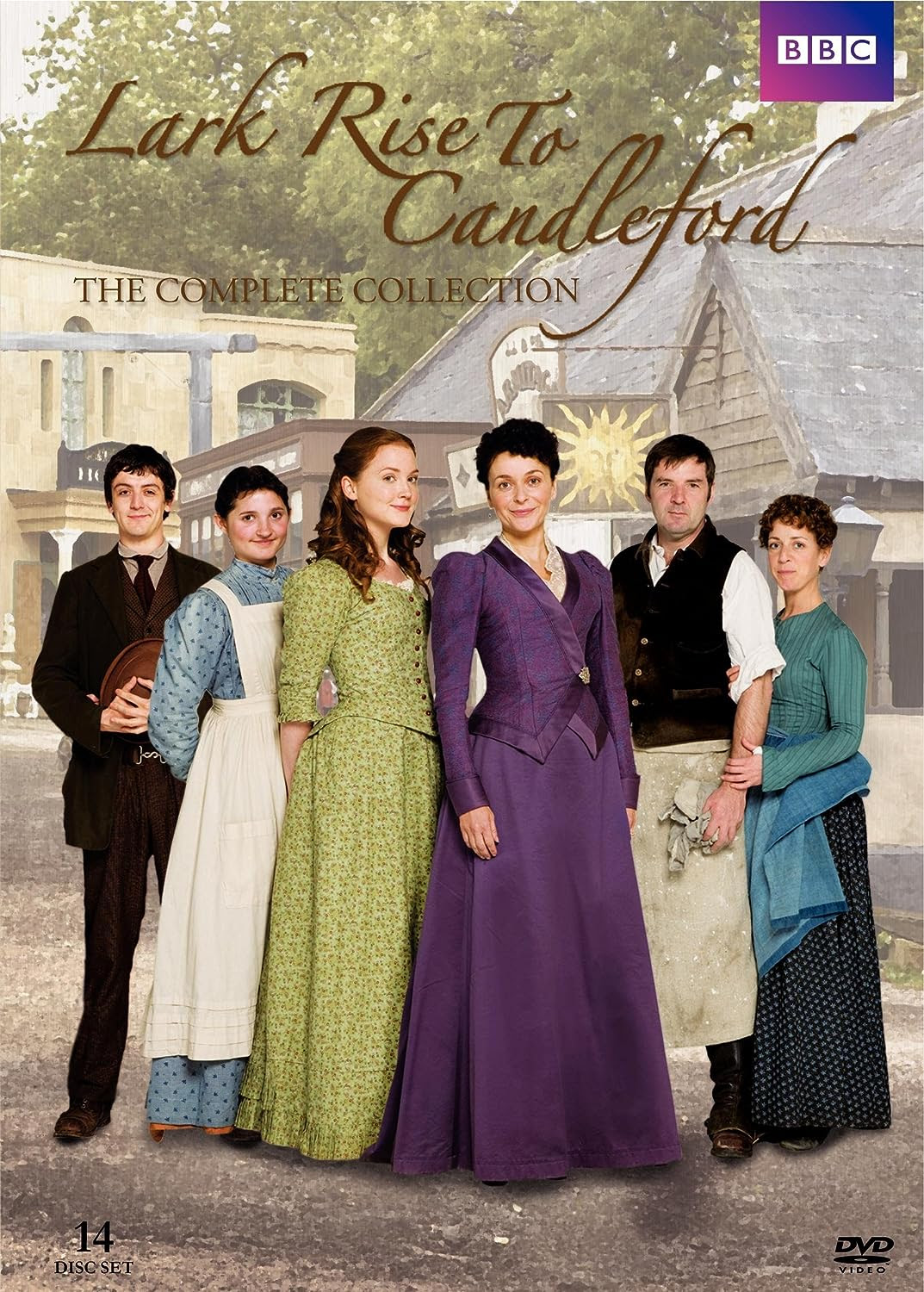 I loved the story and characters! There's a lot of heart and depth and some great quotes in this series.

I was so sad when it ended though they did wrap it up decently. I'll be lucky if the next series I find is half as good.

If you like period pieces, here are a few more shows and movies I've enjoyed.

This 2009, BBC, mini-series version of Emma is one of my favorites. Family friendly and so, so well done.

If Mr. Darcy is more your speed, I have to say that I did really enjoy the 2005 film version of Pride and Prejudice. I usually prefer mini-series versions of novels because the film versions just have to cut too much of the dialogue, but this film version didn't make me feel anything was left out.

Finishing off my favorite Jane Austen adaptions, is the 1995 film version of Sense and Sensibility.  I'm currently watching the, more recent, mini-series and so far the actresses just don't compare to Kate Winslett and Emma Thompson.

The Paradise was a nice little change of pace. The story centers around a young woman who lands a job in the ladieswear section of the country's first department store. I never thought about the fact that department stores were once the new kid on the block.

I kept ignoring The Make of a Lady when it popped up in my suggestions because...well I'm not sure why. It just didn't interest me. I'm glad I watched it, though, because it really was enjoyable. An intelligent, kind ladies' maid ends up catching the eye of a gentleman. They marry out of convenience, but end up falling in love. Unfortunately, he must leave the country for a time and while he's gone his sinister cousin and cousin's wife descend upon the house and bride that were left behind.

The Forsyte Saga held a bit more melodrama than I usually care for, but I really enjoyed following three generations of the Forsyte family through their ups and downs and after so many of the previously mentioned series being cancelled ahead of their time, I can appreciate that this series had a satisfying conclusion.+

The above shows/movies made the best impressions on me, but I should at put forth Daniel Deronda, North and South, Vanity Fair, The Buccaneers, and Marie Antoinette for honorable mentions.

I have my eye on a couple of other series, including Cranford. Here's hoping I find some more gems!
Labels: Just Sayin' Show and Tell